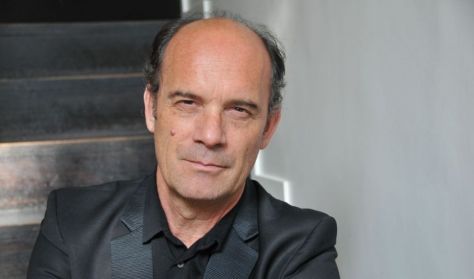 The Festival Orchestra, which feels at home in the contemporary repertoire, will be directed by the multi-talented Franck Ollu, a real expert of modern music and conductor of several opera premieres, who captivated a Guardian critic with his performances of Boulez, and who has also conducted Dallapiccola earlier.

There is no use sugar-coating it: contemporary music is not always easy to enjoy. Exploring its strata is often more complicated than in the case of “old” music. Nevertheless, this is a fascinating world. The good news is that performance really matters. The Festival Orchestra, which feels at home in the contemporary repertoire, will be directed by the multi-talented Franck Ollu, a real expert of modern music and conductor of several opera premieres, who captivated a Guardian critic with his performances of Boulez, and who has also conducted Dallapiccola earlier. All this will surely render Bach reimagined, the Greek songs performed by Christel Loetzsch or one of the greatest Hungarian composers of the late 20th century, György Ligeti more enjoyable.

Bach inscribed “Regis Iussu Cantio Et Reliqua Canonica Arte Resoluta” (the theme given by the king, with additions, resolved in the canonic style) in the title page of his composition entitled Musikalisches Opfer. The first letters spell out the word ricercar. Ricercar a 6 is the most complex part of the grandiose thirteen-movement composition; it was orchestrated and even transformed to his own style by Anton Webern in 1935. “My orchestration ... seeks to show how I see the character of the work”, the composer wrote.

The twelve-tone serial composition technique represented by Webern had a tremendous impact on the art of Italian pianist and composer Luigi Dallapiccola. This is the language of A Little Night Music composed in 1954. The composition’s title refers to Mozart, but its atmosphere is much closer to Bartók’s night music.
Twelve-tonality first appeared in Dallapiccola’s oeuvre in 1942. That was when he started to compose his cycles entitled Greek Poems and found his true style. Just like most of his works, these songs are vocal pieces accompanied by instruments. The triptych based on ancient Greek texts translated into Italian by Salvatore Quasimodo is characterized by a rather mellow orchestration thanks to the number of winds and strings.

The story of Mémoriale by Pierre Boulez begins in 1971 with the death of Igor Stravinsky. Boulez wished to pay tribute to his colleague. First, he wrote a piece based on chance where each instrument moved independently of the others. Later, the composition was supplemented by cutting edge electronics of the age, and then, upon the death of flautist Lawrence Beauregard in 1985, he made yet another version. This double homage became Mémoriale.

The Ligeti piece also features equal instruments. The Chamber Concerto is performed by 13 virtuoso soloists. However, there are no solo parts in the composition: the musicians only come to the fore in smaller or larger groups. The four movements present four ways of moving, from flowing to stagnating to moving mechanically to jumping airily.

JAMES BLUNT THE STARS BENEATH MY FEET TOUR