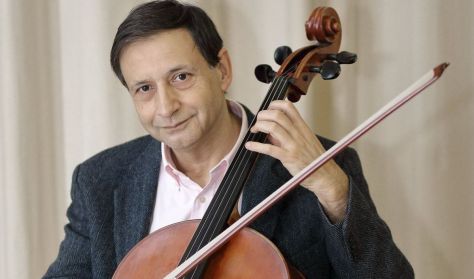 The Festival Orchestra’s latest chamber music concert boasts the eclectic program you have come to love and expect from the Concertino series, including English, Italian and Austrian music, various periods and musical schools, and special solo instruments.

The concert spans a musical arc from Corelli to Britten, and features horn player Zoltán Szőke, who has won the orchestra’s in-house Sándor Végh competition several times, and cellist György Kertész, who has been with the orchestra from its inception, alongside the BFO in alignment with a focus on virtuosity, intimacy and clarity. The first half of the concert, presenting three different facets of the Baroque concerto, is followed by a horn concerto by Mozart requiring considerable technical prowess, and, in a leap another 150 years forward, a piece by Britten in which the composer fleshed out some of his childhood compositions.

First up is a piece by John Stanley, an outstanding 18th-century organist-composer who lost his eyesight as a child. The piece reflects the influence of Corelli and Handel, though with a decidedly English musical flavor characterized by solemnity and pleasant compactness—as well as a touch of melancholy in the slow movement. The concerto also includes an ingenious little fugue full of bold ideas.
When it came to concertos, Corelli was the greatest role model of his time. His Op. 6 series of 1714, comprised of concerto grossos, set the trend for two violins and one cello to sit across from the orchestra. (This also influenced Handel’s Op. 6 series.) The “concerto da chiesa”, a liturgical concerto consisting of five movements has a very liberal concept of pace, which is further proof that they are not dance movements.

Vivaldi was a follower of the other major style, the Venetian School. His concertos have three movements and draw on a more soloistic approach as opposed to the mere juxtaposition of the instrument groups, with a more clean-cut form. From the over 25 cello concertos, the one in A minor was composed around 1742.

After the intermission, the concert continues with a piece composed much later: Mozart’s Horn Concerto No. 3. Mozart composed all four of his horn concertos between 1783 and 1791 while in Vienna, for the horn player Joseph Leutgeb. The light-hearted comments found in the sheet music attest to a friendly relationship between the two, while the score itself bears testament to exceptional technical skills. Sounding the chromatic chords and the trills on the horns of the time presented a major challenge (not that it makes for an easy piece to play even by today’s standards).
Benjamin Britten also dedicated his concerto to a dear friend, his viola instructor. In 1933, at the age of twenty, he decided to revisit the eight dance themes he had composed as a child. He arranged them into pairs, leading to the birth of the four-movement Simple Symphony for strings, which was performed for the first time under his baton. The titles of the movements are alliterative: Boisterous Bourrée, Playful Pizzicato, Sentimental Sarabande and Frolicsome Finale.