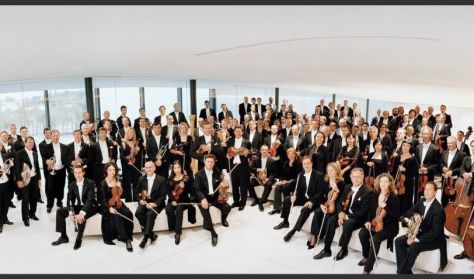 Mahler: Symphony No. 3 in D minor

Up until Beethoven's Ninth, the genre entailed four meticulously developed movements - within this sturdy formal framework were expressed psychological and emotional states of mind. After the Ninth, however, composers of symphonies found ways to depict entire worlds. Mahler's Third Symphony is also a depiction of a world, and is among the most significant, not to mention longest in length, pieces in the genre. Performing it this time will be one of Europe's finest orchestras, led by an internationally renowned conductor.

Mahler completed his Third Symphony in 1896, making it the middle member of his trio of 'Wunderhorn symphonies' (a set also comprising the Second and Fourth symphonies) inspired by the collection of folk poetry Des Knaben Wunderhorn. What he created was an enormous six-movement symphony, the first of which alone is as long as an entire classical symphony. Performing it requires a large orchestra with several special instruments, while the vocal forces feature an alto soloist and female and boys' choirs. According to Mahler's later omitted programme, the subjects of the movements are: 1) 'Pan Awakes, Summer Marches In'; 2) 'What the Flowers in the Meadow Tell Me'; 3) 'What the Animals in the Forest Tell Me'; 4) 'What Man Tells Me'; 5) 'What the Angels Tell Me'; 6) 'What Love Tells Me'. The fourth movements sets an excerpt from Nietzche's Also sprach Zarathustra to music. The soloist for the concert, the world-famous British mezzo-soprano Sarah Connolly is a versatile singer whose repertoire spans from Handel to contemporary music. Founded in 1900, the Vienna Symphony Orchestra has been led by such musicians as Wilhelm Furtwängler, Herbert von Karajan, Wolfgang Sawallisch and Carlo Maria Giulini. Their conductor, Andrés Orozco-Estrada, first made a name for himself in Austria by jumping in as a last-minute substitute, and then went on to make the country his new home, while also earning acclaim in Germany, the United Kingdom and the United States.